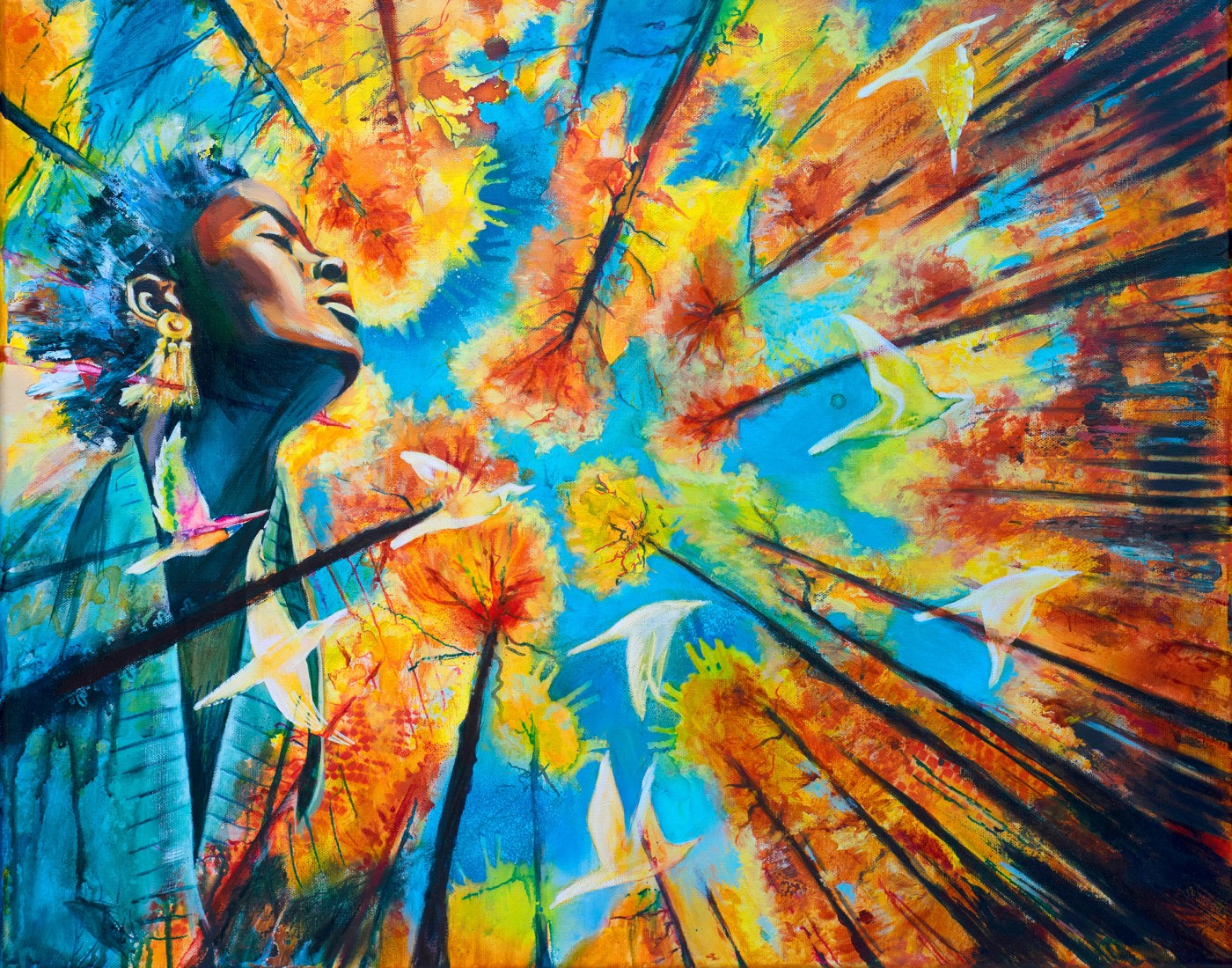 Elyssa Edgerly loves to call Paonia her home and is grateful that her upbringing was split between the mountainous high alpine of the Roaring Fork Valley and the ocean life in Noosa Heads, Australia. Her international family inspired her to live in diverse locales around the world including Barcelona, Santa Barbara, Jackson Hole, and Byron Bay. Her life has been an evolving work of art starting with training as a ballet and jazz dancer with the Aspen Santa Fe Ballet. She later advanced this training into aerial acrobatic art which became Elyssa’s focused passion. Inspired by her career as a performance artist and aerial acrobatics coach, and motivated by the expansive blank walls in her house at the time, Elyssa’s foray into self-taught painting began in Byron Bay, Australia circa 2014.  Subsequent travels and global relocations paused her painting evolution for periods, however she was able to attend two immersive painting retreats in the spring of 2017; one with David Heskin & Aloria Weaver in Loveland, CO and another with Autumn Skye Morrison on Gabriola Island, British Columbia. Elyssa has now fully committed to her path as a painter, graduating from the Milan Art Institute’s Mastery Program.

As an intrepid traveler with a love for surfing, climbing and skiing in remote locales, Elyssa channels her love for all things wild and free into her work. Elyssa is a mixed media artist and oil painter who uses her work to explore and celebrate humanity’s connection with the natural world. Her style embraces Abstract Realism and the freedom it allows as she works to convey a deep respect for the complexity of nature. She has a diverse collection of natural objects that she has collected from the around the globe to incorporate into her painting process. Elyssa creates layered under-paintings and then uses shells, leaves, and twigs to stencil natural forms throughout. These subtleties are intended to evoke a sense of relationship to the land, plant, ocean, and animal kingdoms. Her goal is to motivate humankind to foster a stronger relationship with the world around them… one of respect, awe and reciprocity.

Elyssa has a studio at home high up on Garvin Mesa with a crackling fireplace and snowy mountain vistas. Frequent visits by mule deer and wild turkeys keep her periphery roaming as grapes grow across her window. Elyssa is happy to be artistically sculpting her 14-acre permaculture property with her husband Josh, all while continuing her family legacy of artisanship. She is currently expanding her portfolio and aims to make her mark in the world of art with bold, colorful pieces that embody the idea, “Art for Connection and Appreciation.” 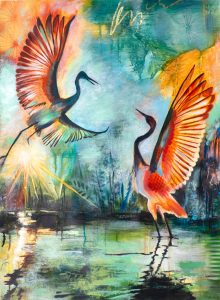 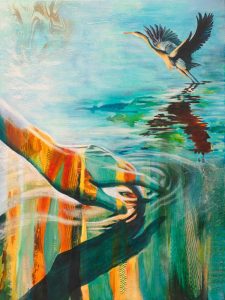 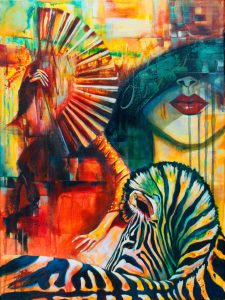 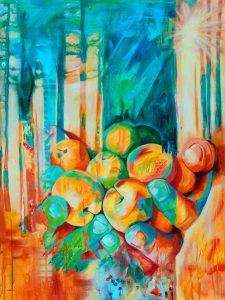