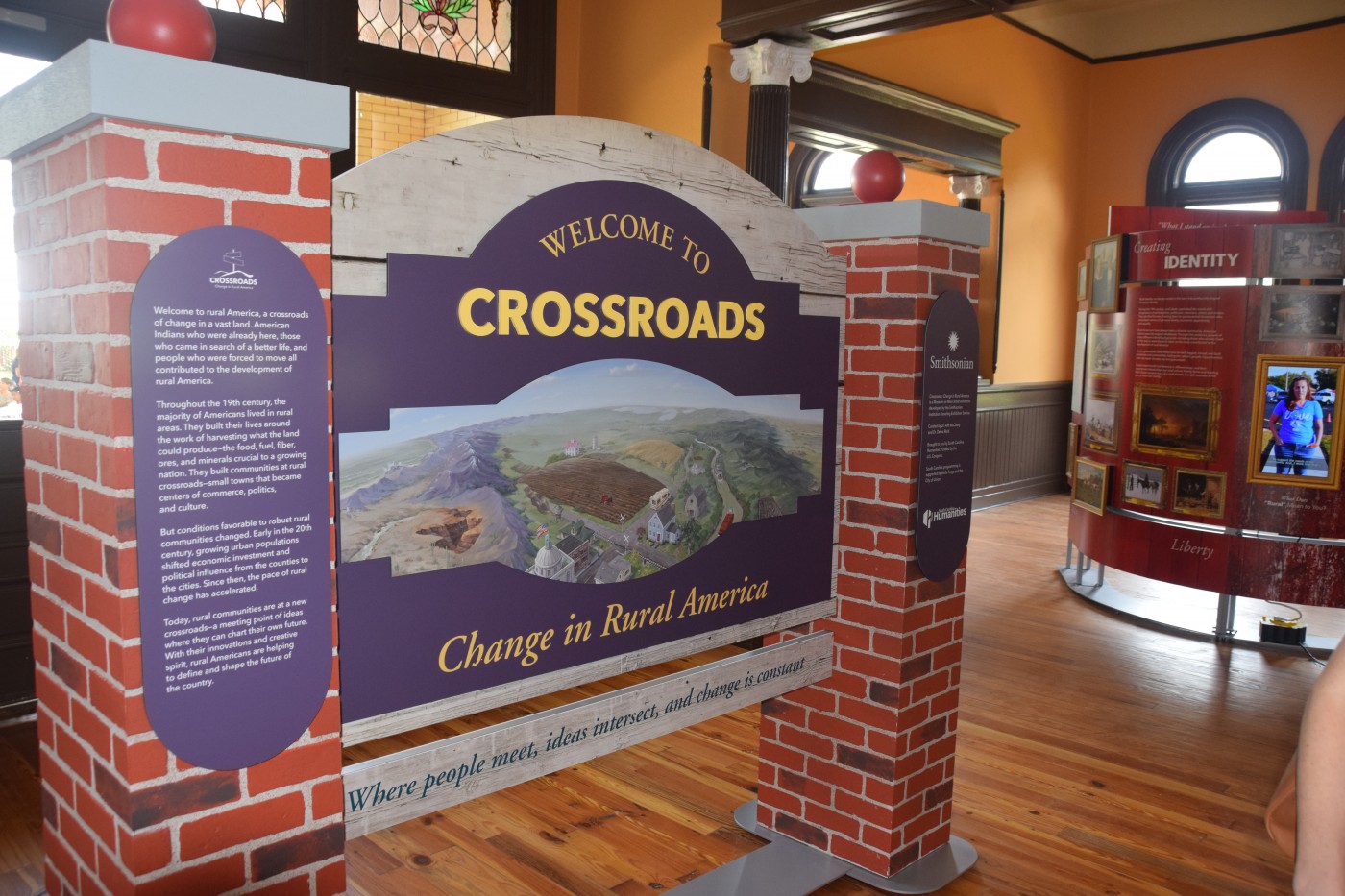 We are bringing the Smithsonian Institution’s Museum on Main Street to Paonia in 2021!
SMITHSONIAN INSTITUTION MUSEUM ON MAIN STREET
CROSSROADS: CHANGE IN RURAL AMERICA
Dates: January to February 2021
Location: Blue Sage Center for the Arts in Paonia Creative District

Since 1994, Museum on Main Street (MoMS) exhibitions from the Smithsonian have been designed specifically for use in small museum settings and in rural communities.

Covering topics of broad national interest such as sports, food traditions, work history, among other themes, Museum on Main Street exhibitions are between 500 and 800 square feet in size, free-standing and include objects in cases, interactive components, and audio and video presentations. Supporting materials include marketing tools, lesson plans, and training manuals.

Museum on Main Street exhibitions are designed to be a spring board for local exhibitions and complementary humanities programming. Often, the visitor count to our exhibitions exceeds the population of the towns where they are on display.

Many Americans assume that rural communities are endangered and hanging on by a thread—suffering from outmigration, ailing schools, and overused land. But that perception is far from true in many areas. Many rural Americans work hard to sustain their communities. Why should revitalizing the rural places left behind matter to those who remain, those who left, and those who will come in the future? All Americans benefit from rural America’s successes. We can learn great things from listening to those stories. There is much more to the story of rural America!

Crossroads: Change in Rural America offers small towns a chance to look at their own paths to highlight the changes that affected their fortunes over the past century. The exhibition will prompt discussions about what happened when America’s rural population became a minority of the country’s population and the ripple effects that occurred. Read More